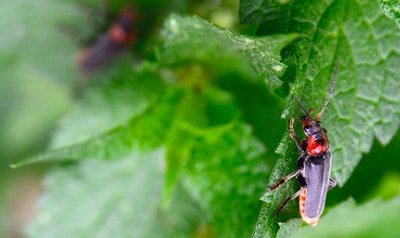 The boxelder bug is a common critter found all over the Pacific Northwest. In fact, it’s not uncommon for these bugs to gather in large numbers around a home siding. Are boxelder bugs on siding a cause for alarm?

This species of bug takes its name after the boxelder tree, where they commonly feed off its seed pods. The creature is about half an inch in length and is distinguished by its black wings and signature red stripes.
If you have a boxelder tree on your property or nearby, then there’s a high likelihood of boxelder bugs taking residence within the tree. However, some also take up refuge within the nooks and crannies of home siding. The bugs are largely dormant in winter and emerge during spring.

Boxelder bugs don’t bite and don’t spread any dangerous diseases. While they’re quite harmless, they can be an annoyance and a burden. If they settle on your siding, they can leave behind excrement and cause unsightly spots and stains. This can occur on the siding surface as well as on the exterior windows.

You can remove boxelder bugs by removing the boxelder tree on your lawn. If this is out of the question, then you can keep them out by sealing any cracks and openings in the siding.

We Handle Boxelder Bugs on Siding Near Oakdale

We can’t remove boxelder bugs directly since we’re not a pest control company. However, we can replace old siding that may have openings that boxelder bugs are exploiting. Contact Exteriors Unlimited to replace cracked and dilapidated siding that leaves your home vulnerable to pest intrusion.

Leave Us A Review 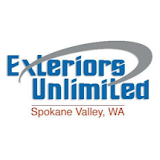 roxanne allen
This is a good company that does quality work. The owner is responsive to questions and all the employees have been great to have in and around the house. My siding and window gave my old house a new shine. I recommend them without hesitation.

Justin Vorhees
These guys are great to work with. Quality people

Jerry Adamson
Exteriors Unlimited replaced the vinyl siding on the south wall of our house, the other 3 sides were already hardie board. The crew headed by Eric were on time, worked very well as a team. Completed the job on time within the budget. The siding was a large project, about 2500 sq ft, up to a height of close to 40 feet. Am very pleased with the job and highly recommend Exteriors Unlimited.

ifLogic Inc.
I find it amusing that Google lists "Exterior Decorating" but not "Exterior Siding" as choices in the "services they performed" section of this review. Really? How many people hire exterior decorators verses exterior siders? Just saying. Anyway, on with the review! Outstanding! I was a bit surprised when I asked the guy who showed up to start the siding project about the needs of the crew who would be working on my house, the surprise was when he said "I am the crew." 😳. I was expecting two or three more people. However, I wasn't disappointed. Eric was great! He took the time needed to do the job right the first time. Surprisingly quick for just one person, he was done in about three weeks. That included a couple days or so when he wasn't able to work because the high winds didn't make it safe. Even so, he did an excellent job carefully installing all the layers needed for the insulated vinyl siding and aluminium fascia, soffit, & window/door trim. Eric was very respectful of our property, and spent time at the end of each day cleaning up after himself. At the end of the job he spent extra time to be sure he'd cleaned up all the waste and parts left over as well. He did good! 😊 Our house looks brand new on the outside, and increased both the insulation value AND home value too. Eric was very friendly and easy going. Answered patiently all my questions and, without interfering in getting the job done, put up with my daily conversations (these were only about 10 to 15 mins a day during his breaks). To be honest, I kind of miss chatting with him, I'm retired/disabled so don't get out much so it was nice to have someone to chat with for a bit. All in all, he did a superb job in a timely manner while dealing with challenges of weather and a chatty home owner 😄. His nearly 30 years of experience showed in the quality of workmanship. I would highly recommend Exteriors Unlimited to anyone looking to reside their home. I am certain they will not be disappointed.

Karen Ankley
Working with this company was the most positive experience I've ever had working with a contractor. Everyone was so professional, pleasant and detail oriented. James, the Window Installer, came every day with a set goal and worked to completion. He noticed a small scratch on one of the window sashes that I'm not sure I would have seen and ordered me a new one. James wrapped all the windows as well and did an awesome job! Ben and Zach installed new soffit and fascia and even fixed some of the vinyl siding that suffered from the heat this summer which wasn't part of the job. Everyone cleaned up at the end of each day. These gentlemen treated my home as if it were their own with the care they showed. Everyone communicated the timelines and kept to them. Shout out to Mike, Randy and Dennis as well for all they did from beginning to end. My house looks brand new! This is an excellent company that I will definitely work with again.

Ray Torella
What a professional business. Had new windows and hardy board siding installed. This company and the installers go above and beyond to make the customer happy! Not like others who send a large crew who flim flam the job. These guys are professionals and friendly. A++ in my book!

Raymond Holbrook
Awesome to work with. Highly recommend this company. They did two roofs for my mom. Which were great. She is who recommend new heights roofing and totally empress. Great job to the crew.

Angie Hawley
Exteriors Unlimited replaced 21 windows, turning 7 of them from rounded windows to square, installed a glass slider and a front door. Dennis (owner) was very professional and easy to work with. James (the installer), was FANTASTIC. He took so much pride in his work and every day walked us through his plan for the day and promptly brought up any concerns he saw and shared proposed solutions. He arrived on time, worked all day and never left a mess behind. We will be customers for life and will never recommend anyone else!